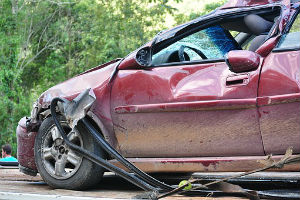 L.A. police have arrested a California man after a fatal car crash. Authorities believe the accident was a result of an illegal street race between two Dodge Chargers.

On Saturday, police arrested 26-year-old Los Angeles resident Jared Walter Anderson in connection to a hit-and-run accident. That accident occurred Friday evening around 7:30 p.m., causing two deaths. Specifically, the accident happened at the intersection of Lankershim Boulevard and San Fernando Road in Sun Valley. Dramatically, Anderson initially fled the scene. Police searched for him into the night before making the arrest.

Police named Anderson as the driver of one of the two Dodge Chargers in a street race. Both drivers were reportedly speeding right before hitting a Toyota Corolla making a left turn. Police stated that a dark colored Dodge Charger was to blame for the accident when it continued to speed eastbound on San Fernando Road without stopping.

Emergency officials declared both passengers in the Toyota Corolla dead at the scene. Police identified 59-year-old Olivia Enriquez as one of the victims. Her sister Aurora Rincon said at the scene, “I thought she was going to be here for a long, long time.” Additionally, family members identified Mrs. Enriquez’s husband as the other victim.