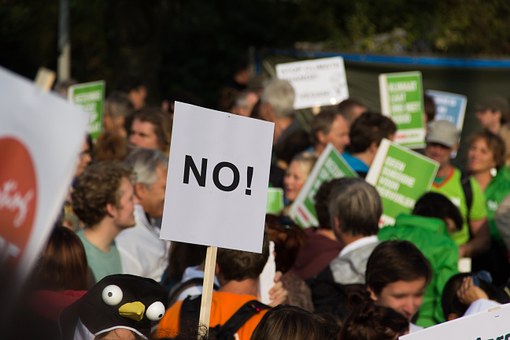 LOS ANGELES, CA – In supporting the “Unions for All” movement, LAX employees, Lyft and Uber drivers, and other various airport workers formed a march through the Los Angeles International Airport.

Moreover, the march began at Century Boulevard and Avion Drive, and concluded at the Central Terminal Area. Importantly, the purpose of the march was to draw attention to the fact that airline, ride-sharing, and childcare workers are struggling to make ends meet, while corporations continue to get rich.

Apart from this, marchers also wanted to express their support for new laws that make it difficult for jobs to designate employees as independent contractors. The reason for this is that independent contractors, in most cases, are prohibited from receiving benefits. The law goes into effect in January and is not sitting well with Uber and Lyft officials.

Also present at the march was presidential candidate and California Sen. Kamala Harris who delivered a speech to kick off the rally.

Although the march was expected to last until 1 p.m., according to LAX Airport officials, no flights will be affected in the process. However, two westbound lanes on Century Boulevard will be shut down between Airport and Sepulveda boulevards. Therefore, it is highly advised that drivers use alternate routes, such as Sepulveda Boulevard and Westchester Parkway.

Vermont Sen. Bernie Sanders was also scheduled to attend, however due to his latest stint in the hospital, he had to cancel.

SAIA Is Having Themselves A Record-Breaking Quarter

Semi-Autonomous Vehicle Crash Liability and the Road Ahead