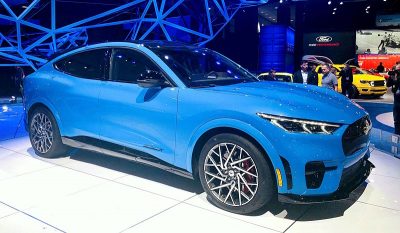 Electric cars were heavily pushed during this year’s Superbowl. With Audi, Ford and surprisingly Hummer spending the big bucks to inveil their new cars, the question remains:

“Will people still buy them?”

In the grand scheme of things, the automotive industry doesn’t have to worry much about making their Superbowl dollars back. With brands like Audi, they would need to sell approximately 60 new EV’s in order to make back the money the spent on the one advertisement. No biggie. Where Ford also spent the money, they unveiled something completely different. An electric Mustang crossover. That turned some heads when they heard the name “Mustang” attached to it. The next was the new Hummer line. I distinctly remember watching the ad waiting for “Tesla” to come across my screen only to be completely shocked by the Hummer logo. As we live in 2020, many more people will be moving towards electric cars.

This Year Set the Bar For EV

One of the largest impacts on the advertising macrocosm that is the Superbowl came from the EV cars on TV. Everyone was shocked to see a Hummer logo instead of a Tesla. We were all sitting at the couch, scrathing our head in disbelief of that one. With the announcement of so many new and head-turning vehicles, we can only guess that next year will be tamer. We say that because once the industry starts, everything tends to down-shift. The launch of electric cars is here and it’s only going to continue from here on out.

EV Vehicles Will Be Prominent in Years To Come

With the new line of electronic vehicles now unleashed, we will only see an increase in how often we see these ads from now on. The industry is appearing to shift and it sways in favor of EV.