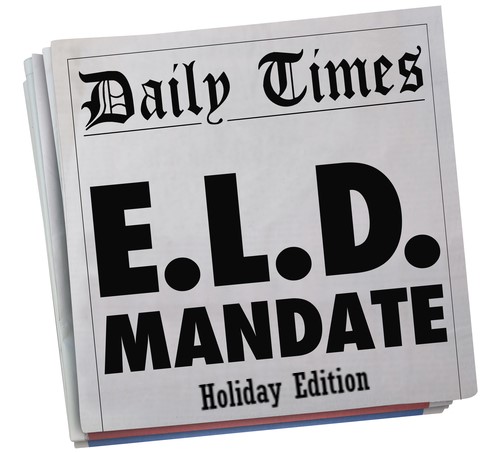 Like many other transporters, Santa has been worried about the ELD mandate, knowing that consistency is impossible, and kids would not understand that the FMCSA was operating alongside the Grinch in a coordinated effort. Elf Snowflake, Chief Household Intelligence Elf for Logistics and Data (CHILD) told that “On a sleepless run, Santa must hit 1.34 million addresses per minute.”

Around 2.5 billion children worldwide were at risk of untimely delivery due to the ELD mandate. Sources close to the situation are announcing that Santa does not have the important measure of hours to deliver toys to kids all around. To make it across the globe, Santa must convey the toys over a 31-hour period. This expects that the window for delivery is 11 PM to 7 AM nearby.

With harder authorization, that rises from 2.4 million houses to 5 million consistently. Understand that’s going from 0.001 seconds to 0.0005 seconds to park, descend a chimney, deliver presents, eat up treats & milk, and depart for the next house. Urbanization has helped, but with strictly enforced ELDs, Santa needs to improve his speed from about 635 miles per second to over 1,100 mps. The reindeer can do that on a steep descent, but it’s dangerous to consider going to 1,100 as an average mps.

Under the HOS rules, Santa would just have the capacity to drive for a total of 17 hours over the 31-delivery window. In years past, Santa was not worried about HOS rules, but the FMCSA (working in conjunction with the Grinch) made it clear that breaking the rules would not be tolerated.

According to an agency source, the FMCSA, working with local and state authorities, has implemented a zero-tolerance policy to rules violators, and violations would potentially mean the loss of his operating authority. Our source suggested that auditors from the agency were already in route to verify compliance.

While many credit Santa with being a manufacturer of toys, this is no longer the case. The North Pole has changed over to a transporter throughout the years, rotating away from insourced goods.

Elf Sammy, Chief Elf Officer (CEO), of North Pole operations stated, “Kids want goods that are marketed by global brands. Our homemade goods are not popular anymore, so we have reverted to partnering with toy, electronic, and clothing suppliers throughout the world. Kids are much happier, and parents prefer it because they are able to get support if something breaks. We spend weeks mining data from kids all over the world, based on lists they send us. We have a clear plan in terms of what goods are in demand and start stockpiling in early November.” Sammy stated that no one runs as sophisticated of a supply-chain as the North Pole.

“Rest assured,” says Hal Holloway, Chief Logistics Officer of North Pole Xpress, “Christmas is not in danger for children around the world. Santa’s logistics team has been coordinating with our team members for the past few weeks and has purchased supplemental capacity. It’s a huge undertaking for sure, with the billions of packages expected to ship this holiday season, but our carriers have plenty of lift and are used to dealing with global demand surges. Santa has implemented blockchain in all his logistics activities, so you can track Santa on the NORAD tracking system, with seamless tracking and instant alerts upon delivery.”