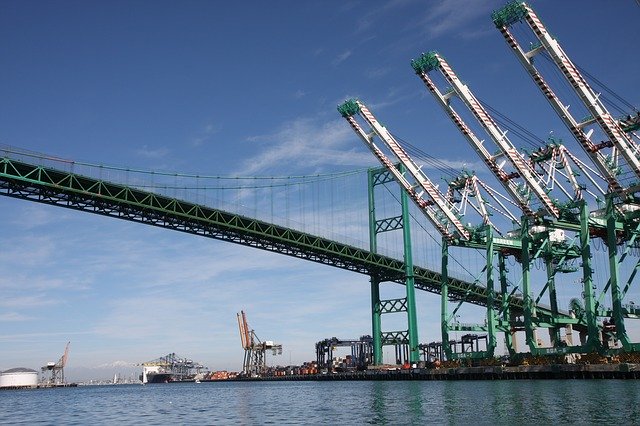 The global pandemic first appeared in China, though its economic impact quickly flared out to trading partners even before the virus. As manufacturing slowed overseas, imports dwindled from across the Pacific. While China seems to emerge from the worst of its outbreak, trade still suffers.

The impact can be measured in volume. In New York, JFK saw a 50 percent reduction in Chinese imports between January and February. Likewise, LAX saw its imports from China halved, as well.

However, these two airports account for less than 5 percent of imports from China combined.

The Port of Los Angeles received 23.24 percent in February. That consists of $5.3 billion worth of merchandise. Even so, that was down 41.58 percent from January.

Other top gateways for Chinese imports fell dramatically, too. Both O’Hare and Anchorage International Airports fell more than 40 percent.

Overall, the US imported 31.45 percent less good from China between January and February.

Imports Impacted By Reduction in Both Supply, Demand

The initial reduction follows China’s dip in manufacturing. The virus first swept through Wuhan, then breached the city to spread through Hubei Province and beyond. As a result, manufacturing took a massive blow, shriveling productivity.

As a major exporter of good to the US, shipping fell dramatically, a prelude to the larger recession now underway.

Subsequently, coronavirus made its way through the United States, prompting similar economic slowdown as in China. Even as Chinese manufacturing makes it way back to work, demand in the US drops. With a sudden and sharp increase in unemployment, and a slowdown across the board, fewer people want to buy.

This demand side decrease will lengthen the tail of the import reduction likely for months to come.

Ultimately, the outbreak, in conjunction with the preceding trade war, perhaps opens new trade channels with other countries like Mexico going forward.