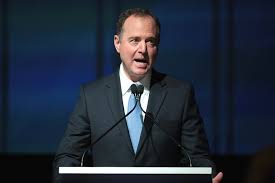 The speech delivered yesterday received both great praise and scorn. Lauded by some as historic, others lambasted the California representative as long-winded and boring. Adam Schiff’s speech, like much else during this process, serves as a sort of litmus test for determining political affiliation.

The partisan divide galvanizes viewers into their opposing left-right camps. Little appears to move the needle for any involved party.

Still, the trial rolls forward, encompassing 24 hours of prosecutorial argument, 24 hours of defensive argument, then Senate questioning. Then, after these presentations, the Senate votes on whether to hear from additional witnesses.

That particular facet of the trial rules faced considerable debate in advance of the party line vote approving it. Democrats want evidence admitted in order to state their case. Republicans continue the evidence blockade begun by Trump during the inquiry.

Still, Adam Schiff laid out his argument before the Senate. He laid out the facts, that the president withheld nearly $400 million in aid to Ukraine for use in defense in their war against Russia. Then, in a now infamous phone call on July 25, Trump used language many argue amounts to further conditions on the Congress-approved funds.

“Do us a favor, though,” he said, before speaking about a Democratic National Committee server that he believed was hidden in Ukraine. The theory purports a Ukranian plot to frame Russia for the 2016 DNC hack that leaked internal communications to the public.

However, the company at the center of the claim has no Ukranian links. Furthermore, the DNC didn’t use servers, instead opting for modern cloud-based storage. The technology disperses saved documents across a network of servers instead of a single one.

Though, the most debated favor involved the former Vice President Joe Biden’s son Hunter. Though no evidence suggests corruption beyond nepotism on Hunter’s part, Trump requested an investigation into his dealings with a Ukranian company called Burisma.

While the trial faces insurmountable partisan influence, tainting perception of all arguments, the historic moment’s impact more broadly remains unseen. With the presidential election looming in the forefront of attentive voter’s thoughts, November may prove the ultimate verdict.

SAIA Is Having Themselves A Record-Breaking Quarter