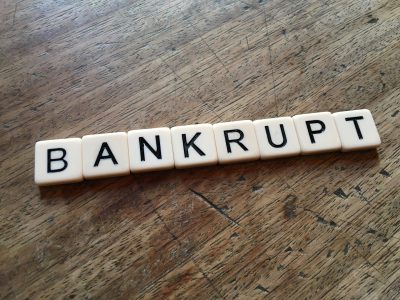 The pandemic has unfortunately caused more than 3,000 trucking companies out of business in 2020 — a huge leap from about 1,000 the year before — as the early months of the global health crisis proved too difficult for some in the industry to withstand.

A total of 3,140 trucking companies ceased operations last year, according to a report from transportation industry data firm Broughton Capital, up from 1,100 in 2019. And of those that closed last year, slightly more than half — or 1,580 companies — shuttered during the months of April, May and June, when freight volumes plunged amid the widespread economic disruption that pushed businesses to close and put millions of people on unemployment. In May alone, 760 trucking companies closed their doors.

“Initially when quarantines were imposed, there was a surge in trucking demand, especially for dry van and reefer, because we had to restock shelves,” managing partner Donald Broughton told Transport Topics. “That kept everybody hoping. But that also faded, and when demand faded, so did spot rates. That plummet in spot rates was so low, no one could operate and turn a profit.”

Smaller trucking companies were particularly hard hit; Broughton’s data found companies that closed last year owned an average of 16 trucks. That’s about 40% smaller than the average carrier that closed in 2019 — the year that Celadon Group Inc., which owned about 3,300 trucks, closed its doors.

Broughton noted that larger trucking operations and more well-capitalized firms were able to weather the economic fallout from the pandemic better than smaller trucking companies, which felt more pressure, especially during the second quarter

Data from DAT’s Truckload Volume Index, a measure of dry van, refrigerated and flatbed loads moved by truckload carriers, fell 19% in March when measured against 2019 and 8% in April compared with 2019. Spot rates for vans dropped 23 cents per mile in March, reefer rates fell 25 cents and flatbed rates were down 26 cents a mile — the lowest since January 2017.