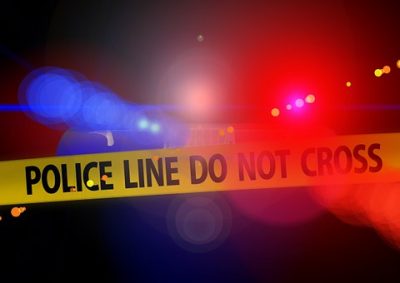 LOS ANGELES, CA – The search for a LA man accused of fatally shooting four people has ended. According to authorities, among the four victims was his father and brother. After a day-long search, police caught the suspect in the San Fernando Valley.

The shooting began in Canoga Park. Before catching Gerry Dean Zaragoza, 26, he led officers on a spree throughout North Hollywood, Sherman Oaks, and Van Nuys.

A total of six people was shot, however four died.

Zaragoza’s 50-year-old father, Carlos, and his younger brother Carlos Jr., 20. were among the victims. LAPD responded to the shooting in the 21000 block of Roscoe Boulevard a 2 a.m., but both victims were already dead. In addition to killing his father and brother, Zaragoza also shot his mother in the arm. However, she was taken to the hospital and is expected to make a full recovery.

Furthermore, investigators believe Zaragoza also shot and killed his ex-girlfriend, Susie Lepe. According to police, the shooting occurred across the street from the Burbank Airport about 45 minutes later. The shooting occurred at a gas station in North Hollywood where another victim, a male employee was shot as well. He sustained critical injuries and was rushed to the hospital for treatment.

To help cover the expense of Lepe’s funeral, a GoFundMe account has been made. Lepe also leaves four children behind.

Moreover, investigators believe that Zaragoza is also connected to an attempted robbery that occurred at the Bank of America in Canoga Park, on Sherman Way and Topanga Canyon Blvd. However, no action has been taken yet.

Additionally, police believe the shooting that occurred on the Metro Orange Line bus at Victory and Woodley is likely connected to Zaragoza as well.

LAPD finally arrested Zaragoza in Canoga Park where he was armed with a gun.